Jean Paul De Roover has toured all over the world, he is a multi-instrumentalist, who challenges himself with any and all styles, known to most as a one-man band, based around an instrument he built, and now he is touring in support of his new whimsical folk album, “Love”. No worries to old fans, JP will be bringing out both his one man band show and folk show along this tour, to give his fans a taste of his past and present musical diversity.

Here are his tour dates, please check them out, and if in a town/city that he is performing, do yourself a favour and go see him, and you will be a fan by the end. 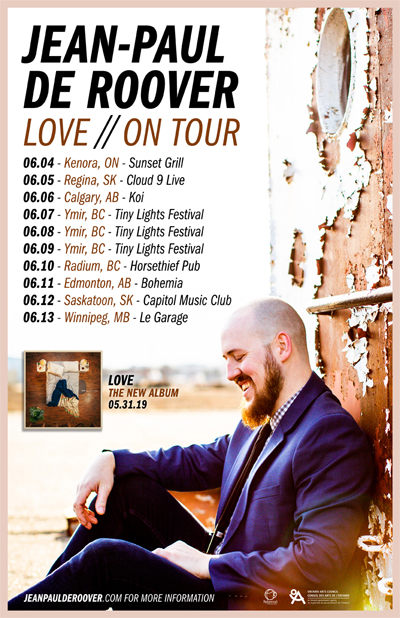